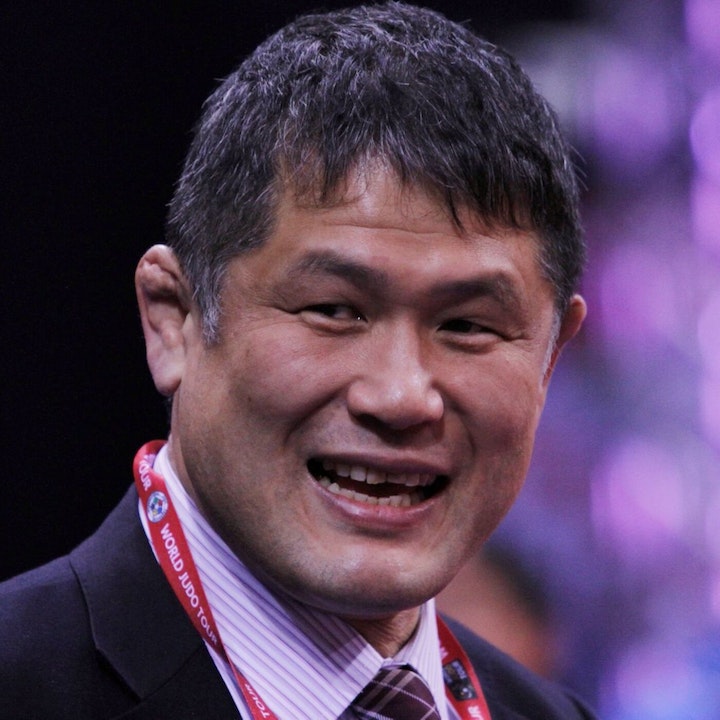 Judo cast  guest  Toshihiko Yamada who is most recently been selected as the Sport Manager for the  Judo program at the 2021 Olympic Games in Tokyo.  His selection comes from a lifetime of Multifaceted experiences in the world of Judo.  He was a National Judo Champion in High School  & college levels.  He studied at both Tokai Sagami High School and Tokai Univeristy.   He also has 2 medals at the Japanese National Championships!

Upon his retirement from competition he was sent to Turkey where he coached the National Team for 1 year.  He was able to coach some very high level Judoka including 4 time world Medalist Selim Tataroglu  and 2000 Olympic Champion Huseyin Ozkan.

Following his time in Turkey,  he was hired to coach the famed San Jose State University Judo Team in California. He spent 3 years in the United states including 1 year in Tampa Florida.

Upon his return to Japan after several years abroad he soon found himself working directly for his former Sense and Olympic Champion Yasuhiro Yamashita who was the Director of Education for the International Judo Federation at that time.     He later went on to become the head coach and professor at Rutogakuen where he has coached many champions including 2021 Japanse Olympic team member  Arrron Wolf who will represent Japan next summer in under 100 kilogram division.